HEY HEY HEY!!!
It’s been a lot of work getting these songs to a point where I could share them. I hope you love them as much as I do.

It’s nearly a new year. It feels like we could all use a new one. 2015 has been an amazing year for me personally. I won’t get into the details but a lot of good things have been happening.

But then it’s also been a year in which crazy religious people have done things that seem….well, crazy. Horrendous acts, that make any sane person wonder what the world is coming to, have been splattered across the news on a far too frequent basis.

I travelled to my old home in South Africa this year. It’s a country that will intoxicate you with beauty one minute and sober you with heart-wrenching social chaos the next. Chaos is the only word I can use to describe a situation which has folks crying out for racial equality on one hand and practicing genocide on the other. It’s just a really difficult place to spend any time at all in and not come away feeling conflicted on some level.

Lately, I get that same feeling every time I visit FaceBook. It’s just a constant stream of stories and events that one moment lift me up and make me feel proud that I’m a human being with the capacity for love and understanding, and then the next moment make me ashamed to be still sucking air.

We know a lot more about the world we live in these days. We hear about it when things happen in other countries. We can follow stories developing in real time. We know about where our produce comes from when we buy it at the grocery store. We are not isolated from the chain of events that brings us food and necessities to convenient locations. We know that we are affecting the world we live in and we know that increasingly it is affecting us.

It’s difficult to know how to respond when there are so many stories and people and events and causes screaming at each of us for a response. It’s beyond our capability to completely care for everything we come across. It’s beyond our capability to even discern what deserves our care because we are just too inundated. We feel too much, too often. We are too accustomed to allowing those feelings to wash over us and then dissipate into oblivion. We live in eternal expectation that something else will come along and we will pay attention to that when it happens. We might even be addicted to that feeling. It makes us feel good that we still feel.

At some point during the last year, as I thought about what I’ve been describing above, I realized that I don’t really want to add to the darkness in this world. There’s plenty of it to go around and I’d rather not add to it or dwell on it. I decided I want to be a channel of positivity and grace. I want to find the good stuff and highlight it and show it to other people. The only thing that combats darkness is light and if I’m going to continue breathing air and damaging the world I live in, then I’d like to try and be an agent of light.

As the new year approaches I wish you the very best. I pray that God will grant you grace and mercy and love and peace and light. He already has.Share on Facebook 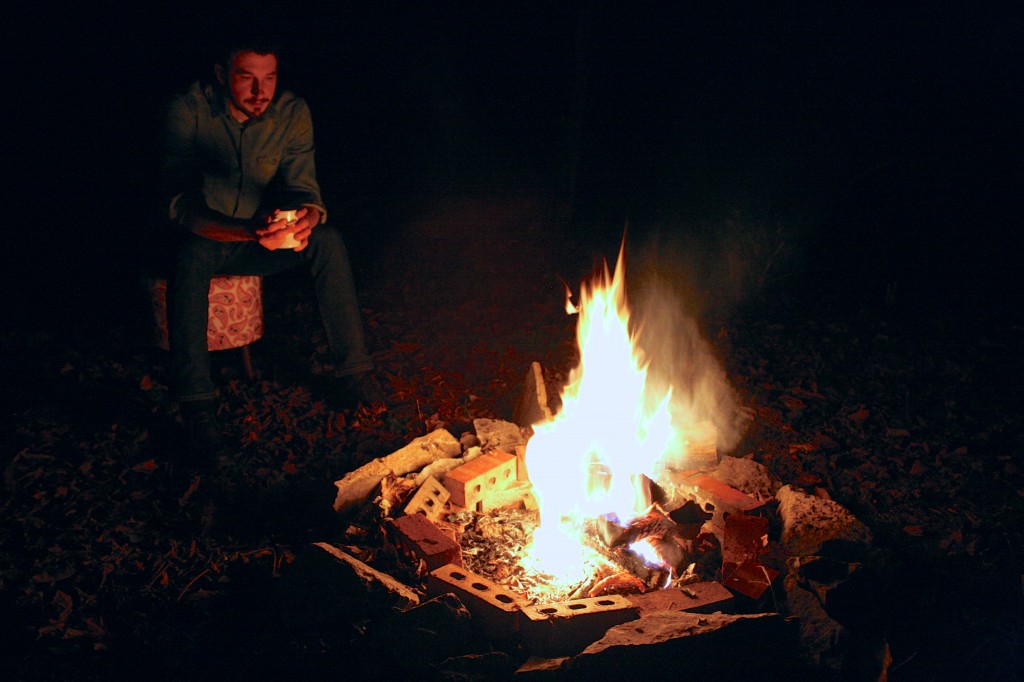 I love pop music. The clean, huge sound of Lady Gaga or Katy Perry is a beautiful thing. The 90s was full of rock music that was so produced that it was essentially pop music. The 90s is probably why I became a songwriter in the first place. There’s just something about a well produced song that makes me happy.

Let’s not argue about what “well produced” means. But we could: We live in an age in which nearly everything is manipulable in the studio. There is a complete set of artists the world knows very little about. They are the behind the scenes crowd. They are what the cool kids always tried to be. They are the sound engineers. They know how to work the magic. They can take a crummy rock and roll band and give them a mix that is sparkling and powerful.

That’s not to say that a great mix can fix a bad song. The point is simply that what we are hearing on the radio today is some pretty amazing stuff. It’s the result of a huge amount of technology and although I don’t love the music “industry” and I don’t love all the pop bands or what they stand for, I still love music and sometimes I listen to the radio and forget about the “industry” and the moral high grounds and I just enjoy a great pop song.

Then I like to flip the coin and listen to something that breaks my heart because it’s so raw and wonderfully emotive. I’ve always leaned more towards that side of the coin in my own work. It’s where I prefer to live I suppose; In the anti-pop world of acoustic guitars and zero vocal tuning.

“Fireside” is an example of the anti-pop. Last Sunday I spent the afternoon chopping wood and making food. Just as dusk was beginning I sat by the fire and decided that I’d record a few songs. I had a couple of hours to kill before any friends could make it over so it was me and the racoons (or possibly possums….or  groundhogs….I’m pretty sure I’ve even seen a coyote running down my street so who knows?). So I pulled out my Taylor and my Tascam DR-07, got set up, which took about seven minutes, and recorded this short set.

I love that Nolensville Rd, with all it’s ambulances and muscle cars can be heard in the background fairly prominently. In the foreground there’s a few birds twittering and a fire crackling. The neighbors dog and my phone sounding off an Instagram notification make cameos here and there. The rest is just a guy playing a few songs on guitar.

It’s hard to escape technology these days but at least in this record the technology stayed out of the actual songs. I hope you like them as much as I do.

The importance of the sad, slow, folk song.
By Tim Pepper

I’ve gone through phases when the only kind of song I could write was sad. I wasn’t trying to write sad songs. That’s just what came out. The honest overflowings of my soul just happened to be…sad.

Writing aside, there have been times when the only kind of music I wanted to listen to was that kind of sad, folky music in which you can hear fingernails scraping on guitar strings; you can hear years of whiskey and cigarettes in the growly vocal strains; you can hear the creaking chair the singer is sitting in; and, though you may not really get what the lyrics are actually saying, they are heavy with emotion. Not uplifting and positive emotion either, but dark and dreary stuff that really should bear some kind of surgeon generals warning; “caution: listening to this music may induce regret, fear, depression, heartache, sadness, etc.”

I hear people making fun of this kind of music and I get it. You want to tell the songwriter to get a life or cheer up or at least shut up. Because who needs that? But based on the sheer number of sad, folk songs out there I’d say that somebody must need it. In fact I think there’s a lot of people who need it.

We spend so much of our lives putting our best foot forward, putting on a brave face, looking at the brighter side. It’s for the best that we all generally do that. But it leaves a gap in our being. It creates a tension that we don’t know how to deal with. At the best of times our lives are a messy conglomeration of things and there’s at least some of it that we’d like to change for the better. We don’t focus on it because that makes it seem bigger. Instead we put a smile on and face the day and listen to pop-rock and go to dance parties. When people ask us how we are, we say, “I’m great! How are you?”. And it’s the best thing in the world that we all do that because we couldn’t function if we focused on the sad stuff all the time, especially if everyone else was doing that too and telling everyone they met about it. The world would be awful and nothing positive would ever get done.

But just like it’s important to have memorials for terrible things like the Holocaust, it’s important to acknowledge and remember that, even though we don’t want to and can’t focus on the sad stuff all the time, it’s still there. Enter the sad, folk song. While you drive home from the dance party, after you’ve smiled enough to make your face hurt, when you’re all alone, here it comes oozing out of your radio. But you don’t switch the station because subconsciously you know you need to hear it. You still don’t know what the guy’s singing about but that one line gets you every time. It makes you remember things you rarely think about. It makes you feel so much. It fills you with thoughts that you’ve been pushing away all week. And for a moment you forget the pressure of being positive and seeming “great” and you just be yourself with all the happy things and all the sad things about yourself that very few people really know about. It’s a wonderful release of all the bottled up, covered up, tucked away things that you ignore in order to be normal out there in the world.

For three and half minutes you get to acknowledge that part of yourself that you hide most of the time and that’s enough. The whole of the needle would be useless without that very fine, tiny point. I could be wrong. It’s just my opinion. But I think sad, folk songs are something like that point on the needle.

Here’s one of my own:

“The 904” by Tim Pepper
Video by GemsonVHS

And the bus rolls on into forever at the break of dawn.
Two hearts beat strong; Thumping out a lonely song.
His beats in time, matching her rhyme.
Hers hums a song and his sings along.
Together but alone.
On the 904.

She keeps her eyes on the floor. He keeps his eyes on the door. So together they ride. They will always collide
On the 904